Where to Eat: Greek Food

We always get asked for recommendations. “What’s the best Greek food?” “Who has the best pizza?” “Where’s the best black and white cookie around here?” Well… those are kind of impossible questions. It’s not just the quantity of restaurants in the city; it’s the calibre of them. There are probably 20 “best” pizzas in New York, because there are so many kinds of pizza (brick oven, coal oven, deep dish, best plain slice, etc)!

So instead of a best, let’s talk recommendations. From now on, once a month I’ll give you a couple recommendations in a category (not just from me, but from other Foods of New York Tours staffers). It’s not that these are the best, necessarily. They’re just some of our recommendations. Do you have a favorite you’d like to share? Let us know!

For now, let’s start with Greek food. Where should you eat Greek in NYC?

Greek Food in Manhattan
For a great Greek meal without even leaving midtown, you can’t go wrong with Uncle Nick’s. There are two locations on the west side, and both offer that famous Greek hospitality alongside a wide array of classic Greek dishes. Try the paidakia (lamb chops) in the spring or, of course, the spanakopita (spinach pie) any time. The restaurant is loud, and don’t expect any classy decor, but the food is a great representation of both classic and modern Greek plates at prices that won’t break the bank.

Step Out of the Box
If you’re willing to travel just a little bit, you should take a trip across the East River to the Greek food capital of New York: Astoria. I know Queens seems far away, but I promise that a) it’s really not, and b) it will be worth it. Taverna Kyclades is a little different from Uncle Nick’s; sure, they’ve got the traditional Greek dishes (stuffed grape leaves!) but you really want to go with the fish cooked whole. Just a little olive oil, some seasoning, and a perfectly cooked fresh fish for reasonable prices. On the weekends, expect to wait about half an hour, but you can put your name in and walk up and down Ditmars for a true taste of Astoria. 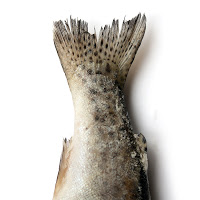 Bonus! Try Something New
Starting this fall, Fulton Street will have a fresh storefront amongst the Chipotle, Burger King, and Hale & Hearty restaurants that populate most of the commuter-type neighborhoods in New York. This ‘hood, if you’re not familiar, dies almost completely at night after the commuters go home. So the new Greek restaurant, GRK, looks like it will mostly be a fast lunch place. There’s limited information out there (not even a menu), but it looks like they’ll be featuring fresh-baked pita, giros (or “yeeros” as they call them), and imported Greek yogurt. I’m looking forward to trying this one when they open their doors.