If you thought this blog would never have cause to bring up eating the vocal chords of a pig, you were dead wrong.

But first, let’s back up a little bit. 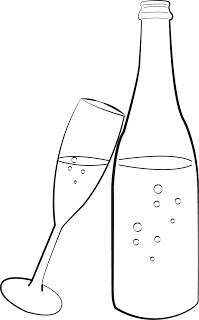 Happy New Year! From all of us at Foods of New York Tours, I’d like to say that I hope your 2012 holiday season was packed with food, friends, family, fun, or any combination of the above. Now, we’ve got a whole new calendar year that, as far as I know, doesn’t have any predicted apocalypses. It’ll be a totally new experience.

If you’ve got New Year’s Resolutions — food related or not — let us know how you’re doing so far! (I’m on a pseudo-vacation in Key West at the moment, so you can probably imagine that my health-related resolutions were not standing up so well this past weekend. But Key Lime Pie and daiquiris count as necessary rule-breakers, right?)

Okay, now back to the random parts of pigs that people eat…

At the end of the year, there is always much reflection and prediction. We’ve been tweeting some of the great stuff we’ve come across, and I’m sure you’ve seen some of the many lists for “best of 2012” and predictions for 2013. Here are 3 lists we really like regarding the NYC food scene.

30 Best NYC Sandwiches in 2012
I can’t remember if we’ve discussed this before, but sandwiches are my absolute favorite category of food: the versatility, the diversity, the generally intent focus on cheese(s)… Serious Eats has this great rundown of the 30 best sandwiches of 2012 in New York City, and it would make the most serious sandwich expert blush.

There are two featured sandwiches from stops on our Nolita/NoHo tour that made the cut: the slow roasted short rib panino at Il Buco Alimentari & Vineria and the porchetta panino from Emporio.

Where to Eat in 2013
We, of course, love to see the businesses we frequent get the recognition they deserve. Il Buco from the Nolita tour gets another nod, this time in New York Magazine’s list of the Ten Best New Restaurants of 2012, which you definitely need to check out in 2013. These recommendations are not limited by area of town, cuisine, or price so they’re truly the best of the best!

10 Food Trends to Look Out For
In 2010, it was the cupcake. Then came the rise of the upmarket fried chicken. Apparently, 2012 saw a fad of crispy pig ears (although I don’t think I ate a single one, personally).

The New York Times brings us a rundown of ten food trends for 2013, including more adventurous cuts of pork, smoked everything, and barrel-aged hot sauce. Of course it’s difficult to predict trends, but this all sounds good to me! (Except I could maybe do without the pig vocal chords and fish milt. But maybe I’m just being a stick in the mud.)